Ah… so much for me hoping to get more blog posts in! Time just flies by and there’s so many items in my to-do list, I’m out and about so much it’s been weeks since I logged into WordPress to write *hangs head in shame*

But alas here I am! Squeezing in a post before I head off to work at noon.

As per the title of this post, after getting a visit from my dad in December, it was now my mum’s turn to fly in for a short holiday in New Zealand! She was busy with work during Baba’s trip and hence could not follow him here then, and despite saying she was keen to come see me her work schedule barely left her with enough time to do so. So it was quite a last-minute thing when she suddenly found herself with a week-long lull at work and sent me an email announcing that her tickets were bought, and she was due to arrive in Wellington on the 21st of February.

It just so happened that on the day of her arrival, John King (a friend of mine from my Shell working days) also arrived in Wellington. He and his partner Sri have been making their way around NZ for a holiday, and so I invited them all to my house that night for a home-cooked Malaysian dinner. My housemate James, along with our Brazilian friends Clo & Tiago who are currently staying over at the house, as well as another Malaysian friend of mine Zaed who lives and works in Wellington, all joined in the dinner as well. So we ended up having quite a bit of a nice dinner party! I made rice, chicken rendang, a pumpkin & cabbage in coconut milk dish, and Mummy prepared sweet & sour fish, as well as the ever-delicious ‘cekodok‘ (also called ‘jemput-jemput‘ by some) made from bananas as dessert. 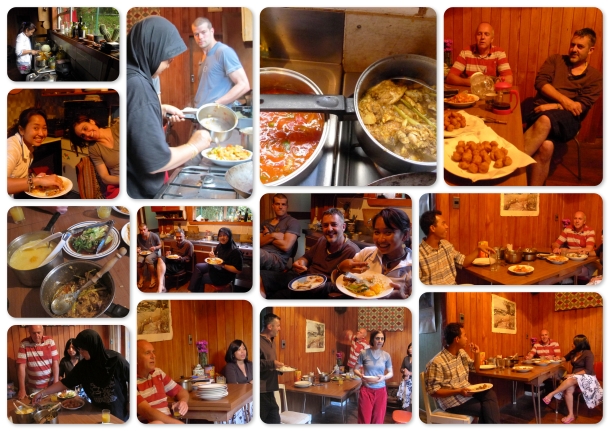 Everyone enjoyed the meal and company! Am glad it all went great 🙂

The next day was spent with walks around the city center, with Mummy happily clothes shopping for my baby niece back home! It was a very wet day in the city, but we donned our rainproof jackets and walked around anyway – no point letting the constant drizzle keep us indoors and have a day wasted. We also walked all the way to the harbour where the Queen Elizabeth cruise ship was docked, just to get a close glimpse of the famous luxury ocean liner. It was quite an impressive sight! I’ve never seen such a massive cruise ship up close before. 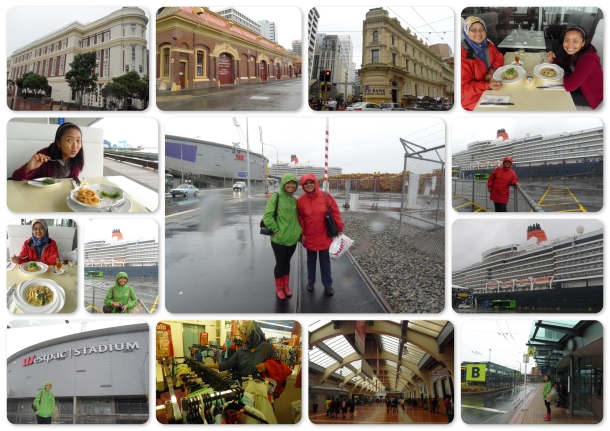 Day 2 with Mummy in Wellington

She was only here for a full 5 days, and we made the most of it! After spending a couple of days in the city, we decided to rent a car and take a drive out and see where that took us, aiming to see the towns we’d both never visited before (Mummy’s been to NZ a few times prior to this, for holiday and work, so she’s seen quite a bit of the country already). We ended up visiting Paraparaumu, Wanganui, Masterton, and Castlepoint over a period of 3 days before coming back to Wellington.

As it is now time for me to leave for work, I’ll write more about our trip later!

One thought on “Mummy’s Turn!”